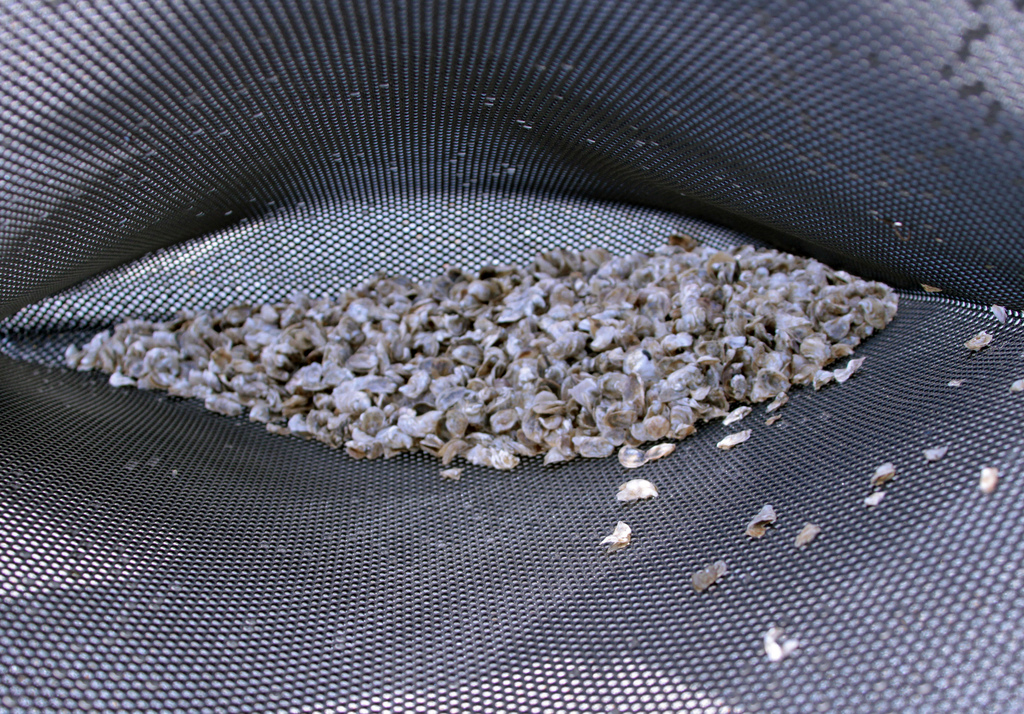 Did you know that oysters can be hermaphroditic, meaning each mollusk is non-gender specific and has both male and female reproductive organs? When water temperatures reach 68 degrees Fahrenheit, mature oysters over one year can begin reproduction. Oysters are broadcast spawners; this means they release their sperm and eggs into the water to be fertilized, and each oyster can produce between 1 and 1 million eggs, depending on the species! A fertilized egg develops into a planktonic, or free swimming, larva in about 6 hours. Then, within 12 to 24 hours, a fully shelled larva is formed within 12 to 24 hours. The larvae remain planktonic and float around for about three weeks which helps introduce oysters to other areas in the ocean.

The larvae often fall to the bottom of the ocean and land on rocks, shells, or sand. Towards the end of this larva period it develops a foot which helps the oyster consciously walk instead of float with water movements. At this stage, the collection of itty-bitty oysters is called a brood. The larvae look for appropriate hard surfaces like old decaying oyster shells to form their new home. There, the larva cements itself in place and continues its growth process. The newly attached oyster is known as a spat (pictured in photo at the top of this post). From the spat stage, the oyster can begin its metamorphosis into the adult form. It usually takes about 2 years before the oyster becomes large enough to produce a pearl!