As 2016 rolls out and 2017 makes its’ way in, it’s time to say goodbye to last year’s colors of the year – Rose Quartz and Serenity. Pantone made a 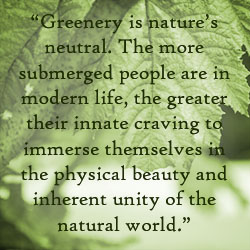 ground-breaking decision last year by choosing two colors instead of just one for their iconic color of the year slot, but as all good things must come to an end, so must last year’s trend.

This year we are welcoming in “Greenery.” Greenery is the perfect symbolism for a promising new year, as it is meant to evoke feelings of springtime, renewal and freshness. It’s no secret that 2016 was a rough year for a lot of people, so the vitality, passion, and affirmations that Greenery symbolizes can be seen as a reflection of what we all are hoping for out of the new year.

The bold, bright yellow-green tone is a refreshing change from the serene, pastel colors of last year. Even better, Greenery itself seems to go with just about everything. Wear it as a bright, earthy addition to your neutrals or deeper shades. It’s even just light enough to be a daring compliment to pastels.

Our favorite Greenery pairing? Idocrase – a rare volcanic mineral very similar to Jadeite and Nephrite jades, but in a lighter chartreuse to lime green color range. 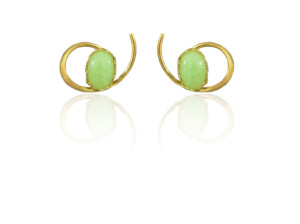 This material is found exclusively in a remote area near Hermosillo, Mexico, and was used in decorative jewelry and ornaments by the local natives of that area.
Idocrase is also known as Aztec Jade, Vesuvianite, Californite, California Jade, Caribbean Jade.