Theodora was the wife of the Byzantine Emperor Justinian who ruled Constantinople in the 6th century. It is said she was the daughter of a bear trainer in Constantinople who was taken to the east by an army captain and abandoned while still very young. She made her way back to Constantinople on her own and soon after her arrival met Justinian, who fell deeply in love with her and married her. Together they ruled over a centre of great art, intellect, power and wealth.

Theodora loved pearls and wore as many as she could. She first took to wearing many of them as long earrings and when the weight became too much for her earlobes she wore a diadem with long strands of pearls hanging from each side to which she could add as many pearls as she liked. The beauty of Theodora can be seen in the mosaics of the church of San Vitale in Ravenna. 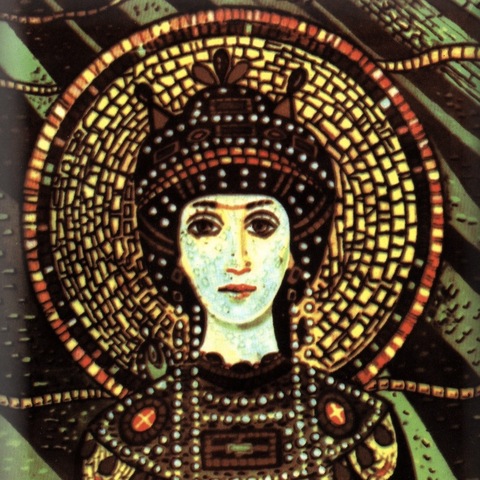 Pearls International has MOVED to Volusia Mall and changed our name! We are now Stradley & Daughter Jewelers, and you can find us online at www.stradleyjewelers.com. See you soon!