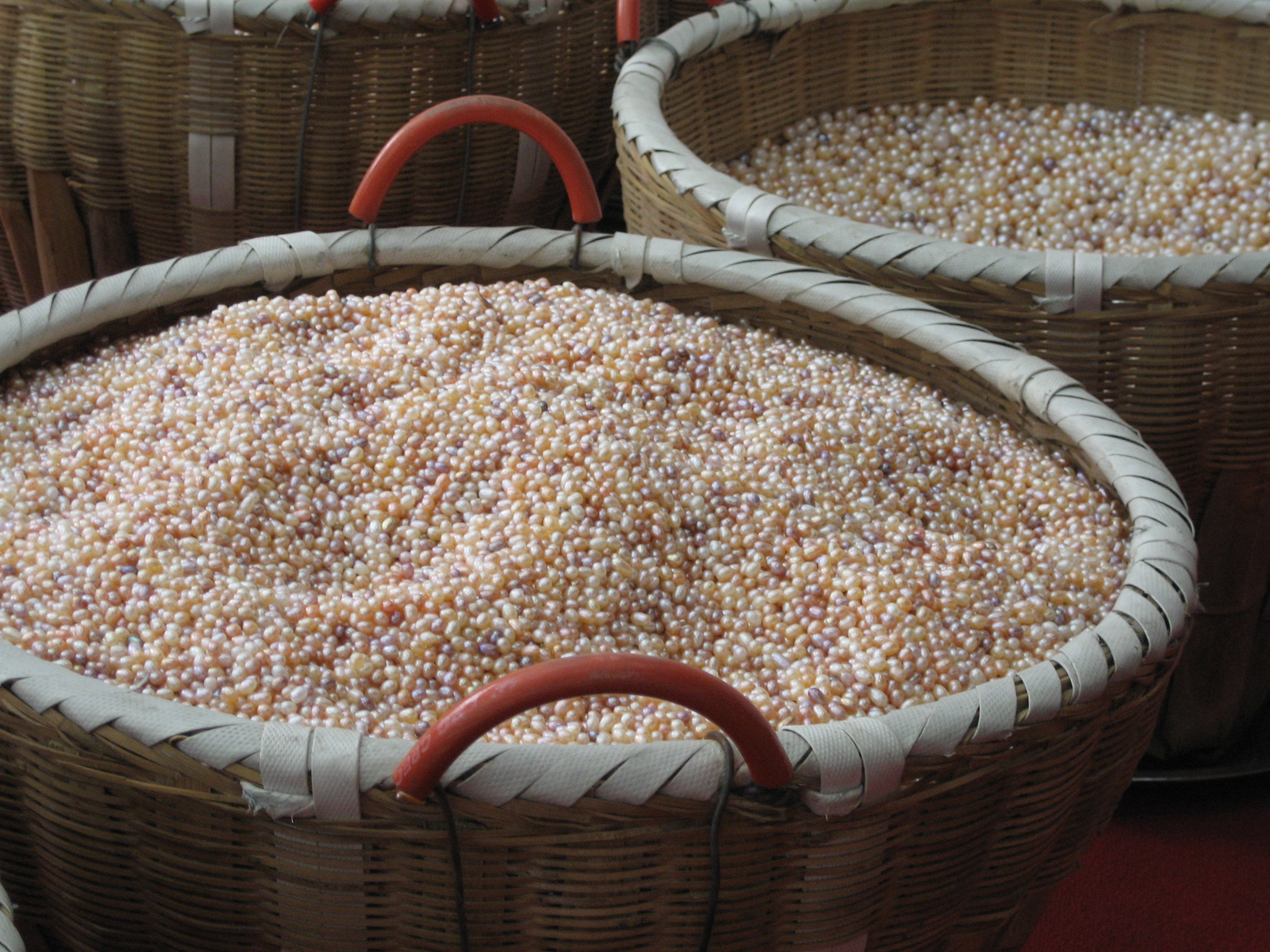 Kokichi Mikimoto, the person responsible for the popularity of the cultured pearl, is reputed to have swallowed two pearls every day from the age of twenty until his death to maintain and improve his health. Mikimoto not only knew women would love to wear pearls, but that we would smear them on our faces and ingest them!

The Chinese have used pearls medicinally for thousands of years. According to Chinese history, artists in the Tang Dynasty began using powdered pearl on their faces before they put on their stage makeup. This practice began to spread like wildfire and soon it reached high society. The Empress Dowager of the Ching Dynasty began taking pearl powder internally, along with applying it to the skin on her face. The alleged result: improved complexion, softer skin, and a more youthful appearance!

After a little research on which pearl powders are available to us today I came across a product called Levigated Pearl Powder.

“Levigated” refers to the technique used to produce the powder. First they take a whole pearl and grind it in water using a circular motion. The very fine powder will eventually become suspended in the water. The suspended powder is then separated from the water and the remaining solids are left to be ground even further until they reach the desired consistency. This process also separates the center impurity (the irritant that started the pearl) from the actual pearl powder. The solution with extracted pearl in suspension is left to settle so the pearl will deposit at the bottom. The deposited pearl is then dried. This “levigated pearl powder” is almost nano-sized and is very easy for the human body to absorb.

Levigated pearl powder is considered a very powerful Shen stabilizer. It is said to relieve uneasiness, nervousness, anxiety and tension. It also claims to promote sound sleep, prevent nerve-disorders and nerve weakness, and is commonly used to prevent or overcome fatigue. Sounds like something we could all use a little more of! 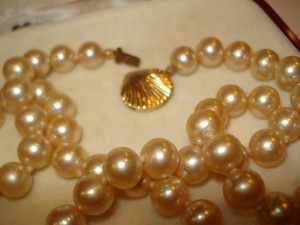 What are your pearls made of?

Mallorca pearls are man-made pearls from Spain! Wait a minute before you mind starts wandering–they are nothing like Mikimoto pearls (although they may sound similar). Mikimoto is the man accredited with creating the first cultured pearls, and it is the brand name for Japanese Akoya pearls. Mallorca (also known as Majorca or Majorica Pearls) are faux pearls of a high quality.

Mallorca pearls come from Spanish island of Majorca, and are born from glass. Tiny glass balls are dipped into a pearl-like substance then polished to create the Mallorca pearl foundation. This process is repeated several time to produce the perfect “pearl.”

Even though these pearls may not actually come from an oyster, they are created to be highly durable. The really busy woman who is rough on jewelry, who usually chips and cracks valuable pieces would look great in these pearls, since these pearls embody the pearl look with all of the the Mallorca strength and life span!

Deep in our oceans lives one of Mother Nature’s most sensitive creatures, the oyster. With ultra-sensitive flesh, the tiniest speckle of shell will set the oyster into its automatic defense– coating the foreign object with a concoction of crystallized calcium carbonate and conchiolin , also know as nacre.

The exact shape and size of aragonite platelets (crystallized calcium carbonate contains millions of aragonite platelets– these are elastic biopolymers such as lustrin and chitin, and silk-like proteins) are ultimately what influences a pearl’s most important qualities: LUSTER and ORIENT. The platelet’s own thinness and transparency is comparable to a wavelength of white light, which makes the transmission and refraction of light rays possible throughout the crystalline layers. Upon coming into contact with the surface of the pearl, a significant percentage of white light is able to penetrate the top layer and work its way through the nacre strata. Each platelet that the light comes into contact with acts as a tiny prism, breaking up the beam and refracting back a subtle rainbow of color that is visible on the surface of the pearl (pearl-guide.com).

Nacre is the beauty of a pearl. 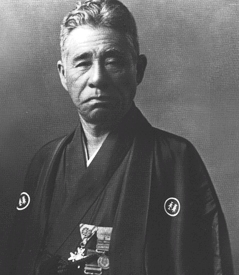 Kokichi Mikimoto was a skilled scientist with the soul of an artist. This combination produced the man who made the cultured pearl world what it is today. Mikimoto was a visionary on a quest, a quest to “adorn the necks of women all around the world with pearls.” In 1878, Mikimoto helped to arrange and judge an exhibition of pearls in Japan. All around him, he saw misshapen or underdeveloped pearls being sold. As a perfectionist, he was disturbed by the pearl industry’s greed and disregard for quality, and his reputation eventually reached as far as Japan’s Imperial Court. Mikimoto learned that Akoya oysters produced the best pearls. He explored methods of introducing a particle into the flesh of the oyster to stimulate secretions of nacre that build up in hundreds of thousands of layers, creating a lustrous pearl. He overcame many failed experiments and challenges of nature, from oyster-eating octopi to a disastrous “red tide” of bacteria that threatened the survival of his oyster beds.Since the opening of Mikimoto’s first store in Tokyo’s fashionable shopping district, Ginza, in 1899 women have been entranced by these mysterious gems of the sea.  It was in 1905 that Mikimoto succeeded in culturing a perfectly round pearl. His exceptional gems and high demand lead to stores opening in London, Paris and other major cities. Mikimoto’s dream  continues to carry on generation after generation, as do his pearls (mikimotoamerica.com). 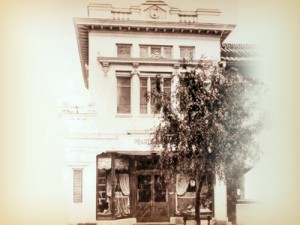