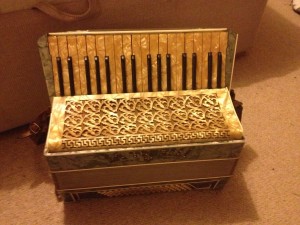 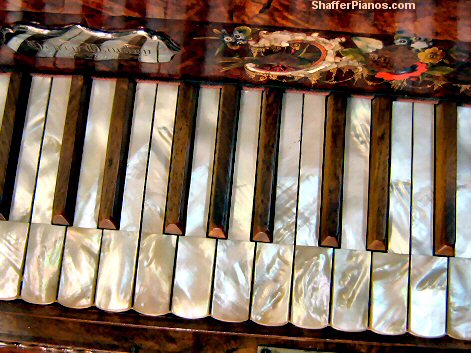 To trace the piano back, ivory was the predominant material used for key coverings, however due to many ivory bearing animals becoming extinct or dangerous to hunt, ivory was faded out and in came more easily sought materials like mother of pearl, bone, porcelain, silver, ebony,  and cedar. 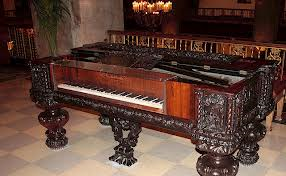 A famous piano made by Knabe and Gaehle was an important part of history when Francis Scott Key composed “The Star Spangled Banner” in 1838. This exquisite hand carved piano had four rosewood sides, and each white key was surfaced with expensive mother of pearl. 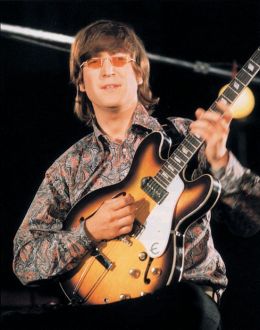 Epiphone Casino, a popular guitar brand used by all three members of The Beatles early on was used to write songs like “Ticket to Ride,” Taxman,”  “Drive My Car,” and many others. Later in their career, Paul McCartney, John Lennon, and George Harrison all got customized Casino guitars of their own. In the picture shown, mother of pearl inlay can be clearly seen in the fret marks below the strings.

Who would have thought that mother of pearl could be used for more than just jewelry?